Today was one of those days where I found myself at the bottom of the coaster.  I was riding steady at the top last week, scheduling therapies, talking to insurance, talking to doctors, making appointments, getting all my ducks in a row.  I felt accomplished, and I felt like I might actually be getting a handle on things.

Fast forward to this morning.  I woke up exhausted, not just physically, but mentally exhausted.  With my hands high up in the air on this coaster, I started to go down...once you start going down, it can be a far drop before you hit the horizontal track.  It is easy to get lost in the down.  First it's a Monday, down I go; Sonya was up a decent amount last night, her three days of grouchiness since her shots was getting to me, her brother woke up sick, we have some differing opinions on medicinal options for Sonya then her doctors, I tallied up her weekly seizures and realized she had 15 in one week (normally I just do 24 hour times, so 2 a day doesn't sound bad), she is getting one of her med dosages bumped up, and I have to make three phone calls to a person to have one returned; the falling continued.

When Sonya was first in the hospital, my mom came up with this great idea about making a "positive bank".  Sonya is happy, "put that in the bank" she would say; Sonya is not so tired on her meds anymore, "put it in the bank".  I was to take all the positives and hold onto them, this way when a tough time arose I could just reach into the "positive bank" and grab a thought.  What a brilliant idea! (See mom, sometimes I listen :-))  The problem...I forgot about the bank.

As I was talking to my mom today, telling her about my frustrations she basically told me it was okay to acknowledge them.  She reiterated I was on a roller coaster, and unfortnately this was how life was going to be, and it's okay to feel the highs and lows.  Then in that same conversation, I told her we received an email this morning from the CDKL5 clinic in Colorado, and Sonya has an appointment on July 8.  I told her some other positives, and she said, "remember what I told you about the bank, put these in the bank Randi"...I then started to pull from the bank and just like that the coaster started to even itself out.

The day continued with an absolutely AMAZING 3rd swim session.  Sonya held her head up high, she actually interacted with herself in the mirror, she legit looked at herself and appeared to acknowledge her reflection for 1-2 seconds.  She rested herself on the wall with minimal support.  She enjoyed the water falling over her face.  She didn't scream the entire time in the pool.  We came home and she ate and is actually napping (Thank you G-d).  All these items are now in the "positive bank".

Every day on this journey is not going to be rainbows and butterflies, and it would be unfair to myself to not make this acknowledgement.  I am realizing that it is okay to raise my hands and give in to the fall,  sometimes it may be a short drop, other times I may feel like it is never ending...but it is extremely important to put all the positives in the bank, because those are going to be my silver lining. 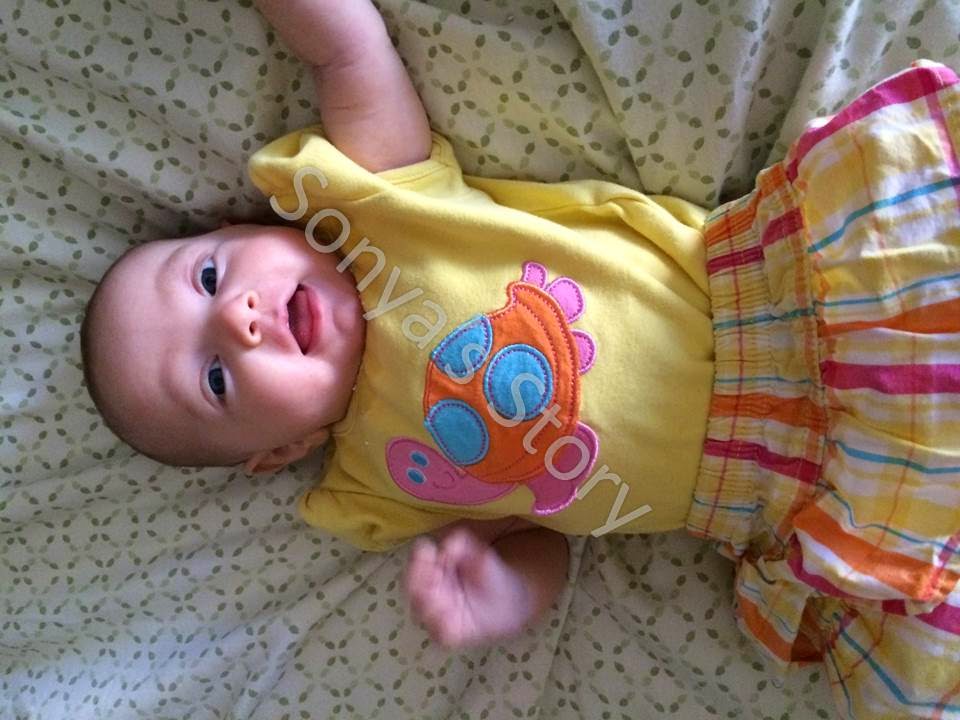 This was Sonya attempting a smile this morning!  Super cute! 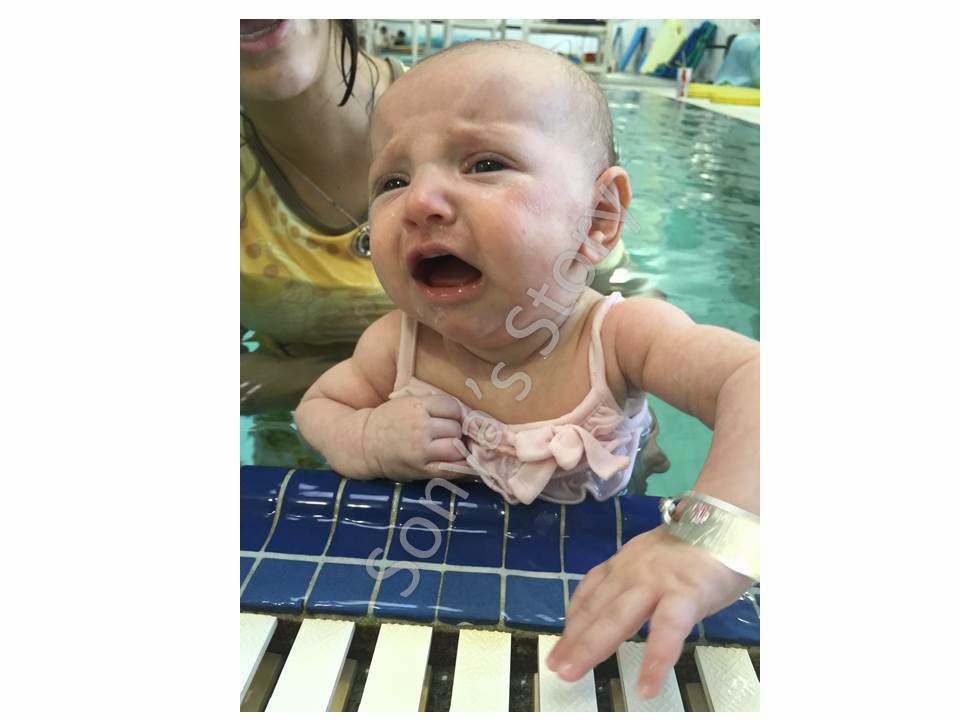 The best picture we had at swim!  Not so happy, but AWESOME job holding her head up!
Posted by R. Zaila at 8:23 PM