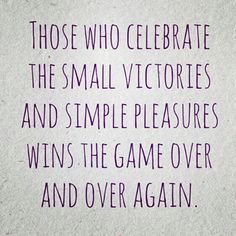 I often joke that Sonzee's pediatrician's office should create a standing appointment on either Monday or Friday of each week at 12 noon, because the last couple of weeks we have taken the noon spot on one of those days.  To say I speak with her pediatrician at least once a week would be conservative, as she so graciously answers my text messages multiple times throughout the week in order to try to keep Sonzee out of the potentially germ infested office.  As I have previously stated, we have an amazing pediatrician (it is okay to be envious).  Last week when the little bear started to act a little off the first thing I did was take her to her pediatrician on Monday.

We decided that minus Sonzee's low-grade fever and little cough, that it was safe for her to ride out whatever cold she had without the aid of antibiotics.  Her chest sounded perfectly clear, she was tolerating her feeds well, and her older sister had a runny nose so we assumed it was just par for the course.  I left the office with the directions to keep an eye on her and to be in touch if necessary.  Every night for the past couple of months Sonzee has slept attached to a pulse oximeter that measures both her oxygen saturation levels and her heartrate.  Let's be honest, my neurotic self has wanted one of these handy little devices since I became a mother, so it was a small jackpot when I was finally able to score one for baby #4.  Once we got one, it was time to commence an attempt at a decent night sleep.  My lack of sleep since we got this was now no longer due to my fear of her stopping to breath in the middle of the night.

On Tuesday night, every couple of minutes the alarm would ring when Sonzee's oxygen level dipped below 90.  It was honestly getting frustrating hearing the alarm ring when it was only for 10 seconds or so and then it would pop right back up.  I ended up changing the settings to only alert me if the levels fell below 89 because that was the number it consistently was falling to.  On Wednesday morning I texted her pediatrician and asked her at what point I should put the oxygen on Sonzee.  I gave her an update on how things were and we were both still not concerned about how the bear was doing.  It was not until Wednesday night when Sam and I started to think that maybe things were headed in an unwanted direction.

It was around 1:30am Thursday morning when I realized I was not going to get any sleep because the alarm was constantly ringing.  How my dear husband sleeps through that sound is something I will never understand.  This time I watched the clock as time seemed to stand still because not only were the numbers in the low to mid 80s, but they remained there between 5-10 minutes each time they dropped.  Per her pediatricians directions, if the numbers were in the 80s for a significant amount of time (5-10 minutes) it was time to place the bear on oxygen.  It was at this time I yelled at Sam to wake up and told him that I thought it was time we hook her up to the oxygen.  I was not quite sure how to use the machine because when it was dropped off I had just gotten home from the hospital and my attention span for learning about an oxygen machine was nonexistent.  Sam got it set up and then we were all able to get some sleep.

By Thursday morning, her cough sounded awful and we attempted to turn off the oxygen, but her levels dropped immediately.  I panicked on the inside thinking that our Passover holiday was for sure going to be spent as a split family, with myself and Sonze at the hospital and Sam and the other kids at our friends' as previously planned.  I spoke with her pediatrician to fill her in on the situation and we came up with a game plan.  Sonzee started antibiotics and we continued with the oxygen.

I have to admit that in the recesses of my brain I was fearful that this was going to be the cold that started her never-ending requirement of full time oxygen.  I kept that thought locked far away so it would not be one of those self-fulfilled prophecies.  Sonzee did look adorable even with the cannula in her nose, but I was not "prepared" for this to be her new every day look.  Sure, I became pretty swift with my maneuvering around with both her oxygen and her feeding tube bag while on the go, but this was not something I anticipated when she first showed signs of being sick.  We slowly began to lower her oxygen levels on Saturday.  When she was awake, she was able to go short periods without requiring any oxygen to be given.  I slowly started to breathe.  By the middle of the night on Sunday, she was removing the cannula in her sleep and was really aggravated that I was continuously putting it back in her nose.  I finally gave in and figured I would see what happened if I turned it almost completely off.  Sure enough, her oxygen level remained above 95, so I turned it off.  By Sunday afternoon, I was even able to say my previous fear aloud, as I realized my little bear prevailed yet again, and she was not going to require the oxygen 24/7...at least not now.

This little girl is definitely a force to be reckoned with.  She is a grizzly, polar, and brown bear all rolled into one Sonzee Bear package (complete with an adorable outfit and of course a matching bow).  She fights each little battle with such determination.  She is so strong and deserves such praise when she comes out victorious.  This cold could have easily sent us packing our bags to the hospital; the outcome could have been completely different.  Today we celebrate the small victory of being able to treat a cold at home.  We celebrate that we were and are able to continue to celebrate the Passover holiday as a family, all together, and in a home.  Today we celebrate another win for the home team.