On Friday while Sonya's brother was at camp, the girls and I went grocery shopping.  I had Sonya in the baby ktan and her sisters were in the cozy coupe shopping cart.  We made it a solid 15 minutes before Sonya started screaming and the girls began invading each other's territories with their limbs causing one or both to whine continuously until I threatened to remove one and make her walk.

By the time I made it to the checkout counter I had already lost what little patience I began with and had dialed Sam twice (he luckily did not answer) to tell him with screaming baby in full force, this is the exact reason I do not like to go grocery shopping.  I pushed my cart into the line behind another mom who's children were also in the cozy coupe.  She of course turned around and gave me a pity smile (yes Sonya was still screaming), saw the girls, and matter of factly said "oh do you have your hands full"..."I remember those days".

I did my typical smirk and shrug response to that statement, but gave Sonya a quick kiss on the head and thought to myself "if only you knew".  Normally little statements like these do not bother me, but lately when someone says something  "innocent" it holds a deeper meaning.  Truth be told if I had only had Sonya with me she wouldn't have said it.  Does that mean a mom with one child doesn't have her hands full?  They are just words, just a social nicety.

I know this woman meant nothing by her words other than to acknowlege "hey, we have all been there, we've all had the screaming kiddo and this too shall pass".  Similar to the kind grandma and older man that Sam and I encountered on two separate occasions stating that we should enjoy the moments now because in a blink the kids will be 18 and moving out of the house...if only they knew.

Having Sonya has definitely made me more aware of others in regards to giving that extra thought before I speak.  It is not to say I walk on eggshells before I say something, but I try and be extra sensitive to others situations.  Nothing stings more than asking a mom when she'll have more kids when she is secretly battling secondary infertility.  Or asking a mom how many kids she has when she has just buried one.  These are both examples where unless you know these people on another level you wouldn't be privy to their struggles.

Sam and I like to pull the positives, we like to embrace the good times.  We like to "brag" about Sonya's accomplishments because she is doing amazing.   I don't like to write about her seizure activity or what she is not able to do.  I do not fault those who say the "innocent" phrases, I know looking at Sonya gives a false sense of "normal".  I guess that's what makes it sting more.  The assumption that "maybe the doctors got it wrong" or "maybe it won't be as bad as you think".  But, no they didn't, and yes it will be. 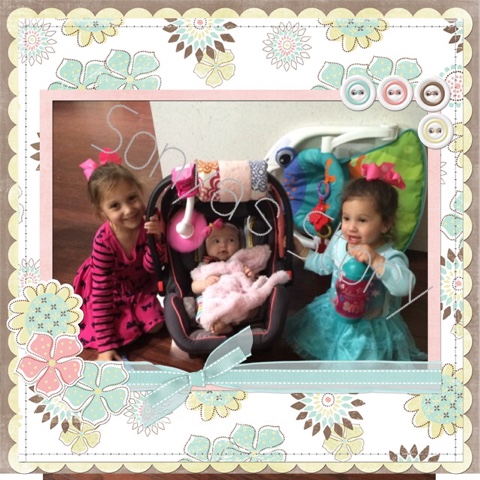