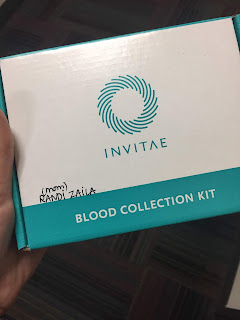 After April 16, 2015, I never anticipated that we would ever have a question again as to the "cause" of Sonzee's symptoms.  That was the day we were given a summary for her life.  It was the reason for her uncontrollable seizures, her "eyes doing weird things", her cortical vision impairment, and all of her developmental delays.  8 months later it was the reason for her failure to thrive, for the need to get a g-tube, for her to start the ketogenic diet, and for the hypsarrhythmia found in her EEG background. 13 months from that original April date it was the reason for why her stomach just stopped working and why she needed TPN for the first time.  Despite always searching for various answers for her different presentations of GI issues and never needing to search further for the reasons behind her atrocious seizures, CDKL5 has always been our answer...

In September after Sonzee received her personal gait trainer and began to practice more weight bearing we learned she had 5 fractures all in various stages of healing.  I considered every possible cause, but ultimately CDKL5 received the blame.  There are a handful of kiddos who have a CDKL5 diagnosis who also require extensive bone monitoring and supplements, so like her severe presentation of GI issues, I just considered her to have been impacted more in the area of her bone health.  Honestly, besides blaming the formula she is on, it makes perfect sense to place the burden of this on CDKL5.  She is non-ambulatory, she has severe seizures, and she has osteopenia, of course, it could be CDKL5.  Not one of her doctors felt there was any other explanation, so I let it go.

It wasn't until her most recent fracture within the last two weeks and multiple private messages from followers that a voice of doubt began to get louder in my mind.  It doesn't make sense, (my guess is) 95% of kiddos diagnosed with CDKL5 are non-ambulatory, the majority are non-weight bearing, the same percentage if not more have atrocious seizures, it just doesn't make sense!  How did she get a compression fracture when she cannot even sit? How did she get a buckle fracture in her right ankle when she hasn't even put AFO's on in months?  What caused all of her fractures in September?  These are small fractures, they do not require any casting or surgery.  I decided to call the CDKL5 clinic and ask for orthopedics and endocrinology to consult when we go in 2 weeks.  I was told that they will consult with orthopedics, but this is not a CDKL5 issue and they recommend further testing.  I immediately emailed Sonzee's geneticist and explained the situation, who after hearing CDKL5 clinic recommended the testing said she had no problem starting with the sequencing panel for brittle bones.

In 2015 when genetic testing was offered to "find the cause of Sonzee's seizures", I didn't understand what that truly meant.  I have always been thankful that we didn't have to spend years of her life wondering "why" she was the way she was, but I feel like it has prevented us from seeing clearly.  I don't know how I am supposed to be feeling right now, but it is a mixture of hope for a clear cut answer, of sadness over what that answer is likely to reveal, and fear over what it will mean for her.  The days before we were told CDKL5 I said I needed an answer, and as long as we had one I could deal with it.  I feel like I am at that point again...I need an answer and we will deal with whatever it is.

"As long as one keeps searching, the answers come"-Joan Baez